we were in MACAU with Franco Dragone

THE HOUSE OF DANCING WATER

5 years after the creation of “Le Rêve”, Franco Dragone created in Macau what would be one of his most beautiful masterpieces with “O”. Thanks to the confidence of Lawrence Ho, chairman of Melco, who built a new 270° aquatic theater within the new City Of Dreams Resort, Franco Dragone achieved what he still calls “his own Indiana Jones”.

What could be more extraordinary for our video team ? Under the direction of Patrick Neys they created the content of this adventure crossing eras and cultures while mixing the codes of theater and cinema.

It was also our first show with mobile and fixed multi-surface, using several varieties of video projectors including mobile projectors on yokes driven by Photon from VYV.

The content was created, painted and finalized directly in the venue during the creation sessions from the “live” computer placed in the center of the room.

An intense method for which we were with the scenographer, the light designer, the choreographer and the performers all together in the venue, seeking and creating the magic under the eye and the baton of Franco, transformed into a real conductor directing his jazz band to jam and achieve that result.

The show was represented 3800 times with more than 2 million spectators from September 16, 2010 until June 16, 2020 when it closed its doors prematurely due to the COVID-19 crisis.

"THE HOUSE OF DANCING WATER"

"THE HOUSE OF DANCING WATER" 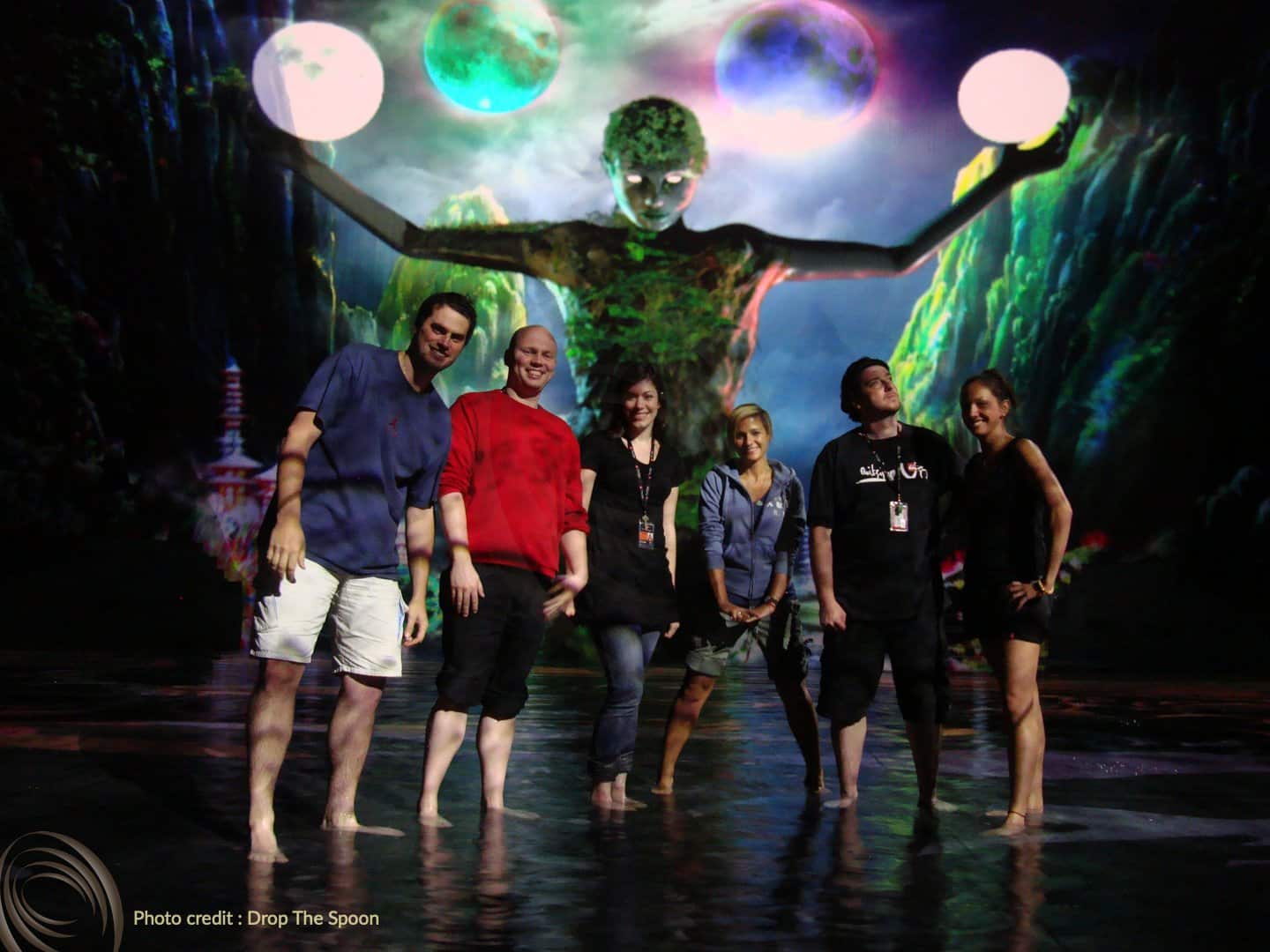 more about the HOUSE OF DANCING WATER
ON THE DRAGONE WEBSITE