WE DROPPED A SPOON IN BRUSSELS

to create the video MAPPING of 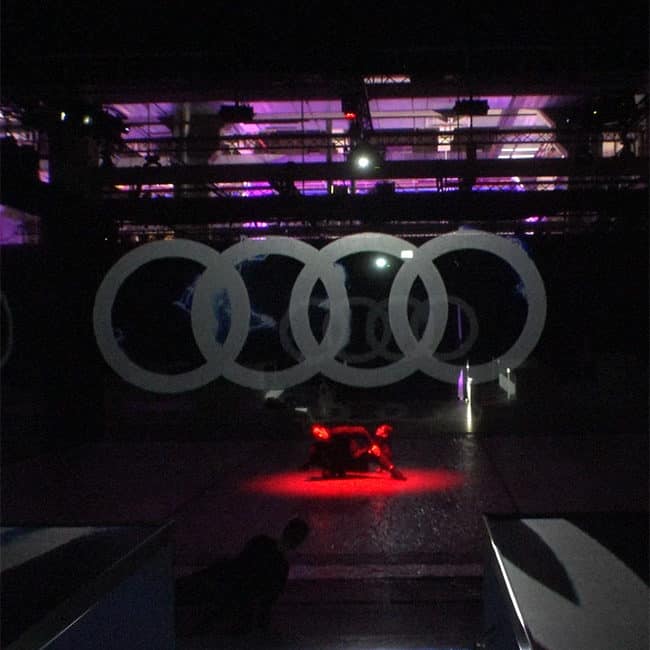 Drop The Spoon was contracted by DDMC to create the 4 minutes show that opened the Audi e-Tron launch event in the Audi factory in Brussels.

Dirk Decloedt created a show that emphasize on the contrast between technology and the humans behind it.

In partnership with Cláudia Martins & Rafael Carriço of Vortice Dance Company, we created a subtle mix between classic dance and holographic projections on 4 scrim screens forming a cube. The dancers performed in the middle and accompanied the entrance of the car in the cube.

The audience was seated around 50 LED Tables, where we displayed slides during the presentation that followed the opening, and a composition made with images of the ingredients of each service during the dinner.

While the 4 projectors on the scrims screens where controlled with Photon, the tables and slides were controlled using Tachyon. During the show, we used the tables to create a flash effect, sending controls to the Tachyon from the Photon timeline, making full use of the integration between the 2 media servers.

THE IMAGE GALLERY OF

The audience was seated around 50 LED tables where we did display slides during the presentation, and a composition of ingredients during the dinner.