WE DROPPED A MAGIC SPOON IN LAS VEGAS 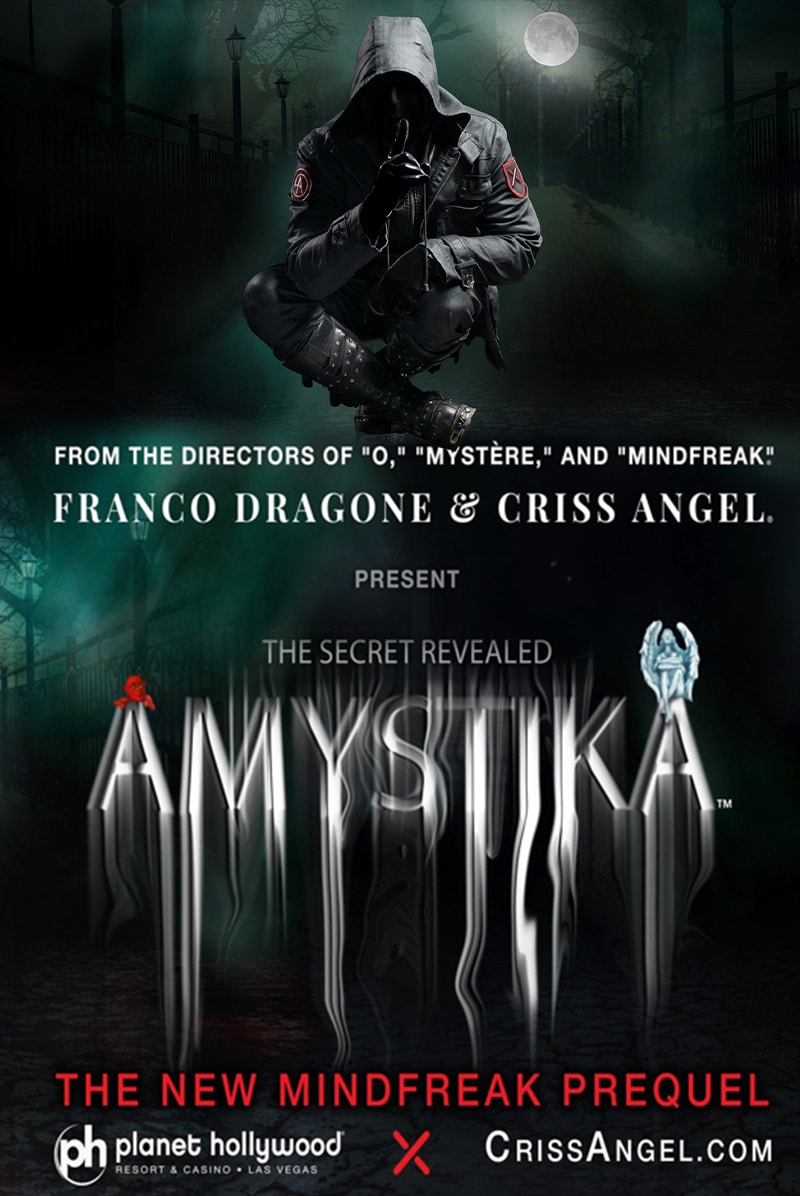 Almost 20 years after our first adventure in Las Vegas, the magic of the show brought us back to where it all began and with whom it all began. Behind the magic wand, Criss Angel brought us back to Vegas alongside Franco Dragone for a challenge worthy of these two legends of the Las Vegas Strip.
Two great names, two universes, sometimes different, sometimes close but sharing the same vision and the same respect for the magic of the show and the emotions that it must evoke.
Our mission was to find the visual coherence between these two universes while being careful of the magic and its needs.

The meeting of two great artists to tell the story of the life and accomplishments of a young boy Christopher, passionate about magic and guided by models like Houdini and Cardini.

A journey through time to the beginning of the 20th century, allowing us to evoke the past, fantasy and ultra modern worlds.

A real creative pleasure retranscribed in an immersive theater surrounded by LED screens for the different layers of the front, the proscenium and the ceiling – and projections for the sides. A pure joy of rendering and programming.

THE IMAGE GALLERY OF