we were in Las Vegas with Franco Dragone & Céline Dion 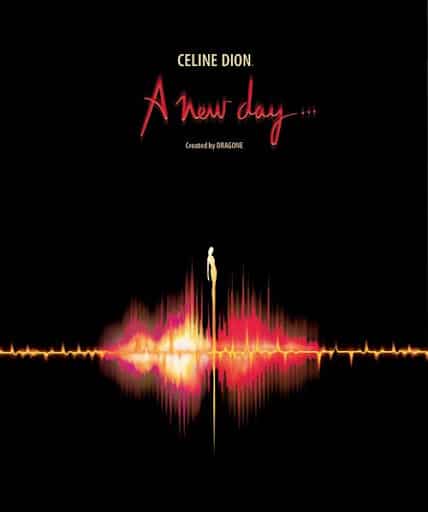 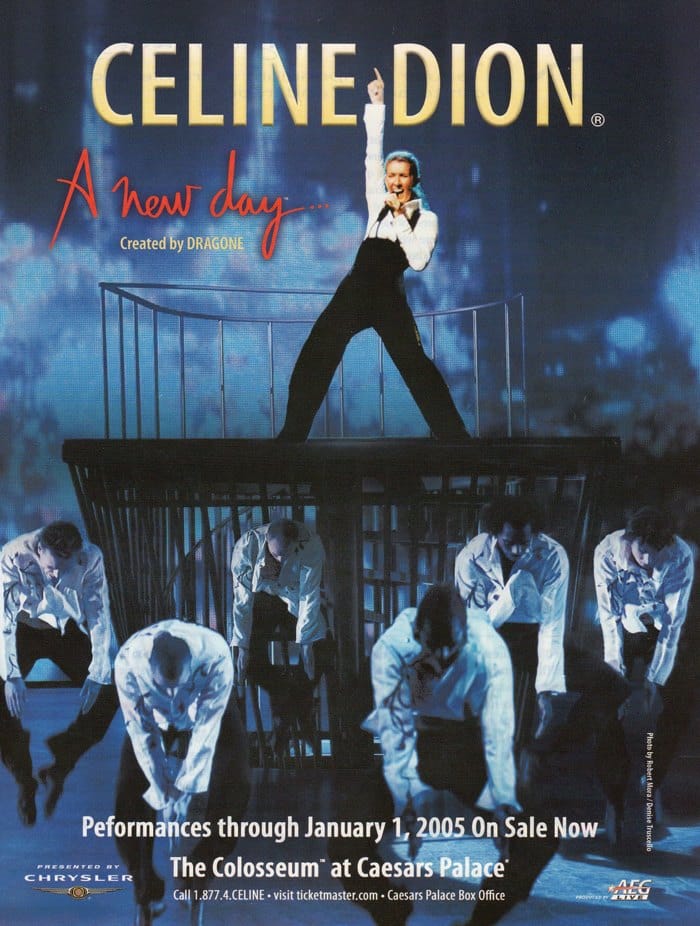 Our first experience as graphic designers for live shows began with an adventure that was as magical as it was incredible. Celine Dion’s first resident show in Las Vegas “A New Day”. A show directed by Franco Dragone that would be the first of a long collaboration.

At that time we were young employees of CINE&FX, a company specializing in SFX and post production for cinema. It was contracted by Dragone to produce, lead by Dirk Decloedt, the video sets and universes inspired by the vision of Franco Dragone & Michel Crète.

A real baptism of fire for us which had never previously worked for performing arts or on a surface as imposing as the gigantic 33m x 10m LED screen, installed at the back of the sumptuous stage of the brand new Colosseum, a theatre annexed to the prestigious Caesars Palace casino.

It was the largest indoor LED screen at the time, on which the projected sets slightly exceeded HD format, which in 2003 was still a brand new technology.

Several days of filming in Paris, Rome, London, New York and San Francisco were organized to create some of the tableaux, others were completely created in CGI. The creation of this new kind of entertainment medium required a year of work, 9 months in Belgium and 3 months on site in Las Vegas.

This extraordinary first step into the entertainment world sparkled the flame of a new day, where the video became inseparable from the show and scenography. It also marked the day we were going to deviate from the path of our cinema dreams, to engage body and soul on the thrilling and exciting paths of Live Shows.

Edited for Dragone in 2009 by Patrick Neys (Drop The Spoon)

MORE EXTRACTS OF THE SHOw on Celine dion’s official website

MORE Infos OF THE SHOw on wikipedia