we were IN ABU DHABI with Franco Dragone

STORY OF A FORT,
LEGACY OF A NATION 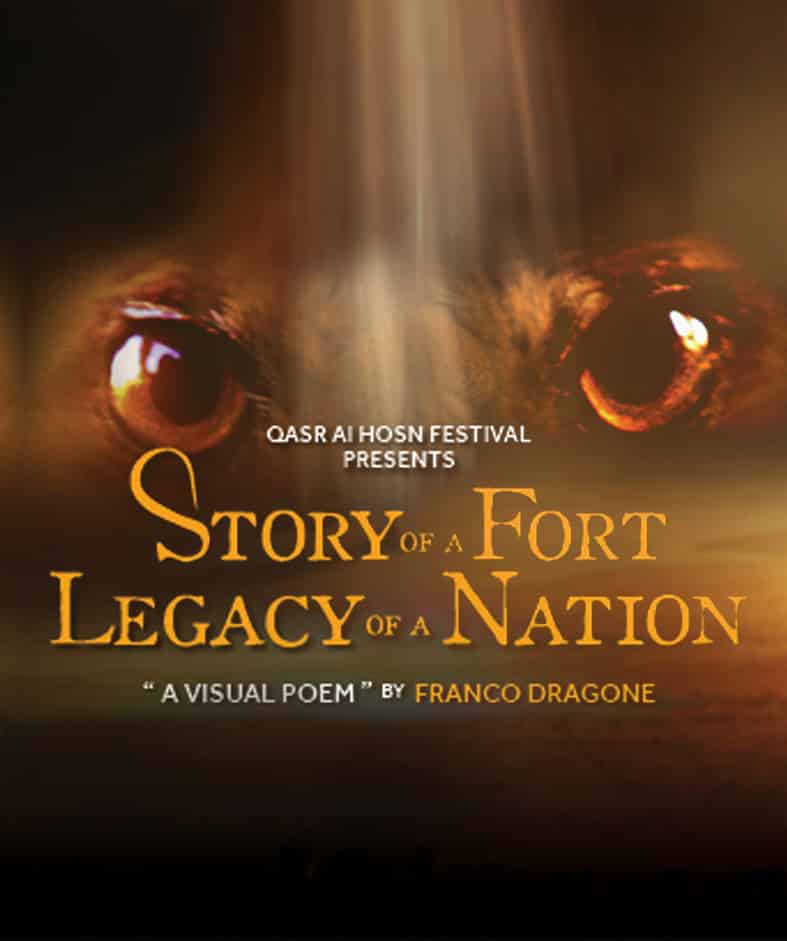 A unique event in a 5600 m2 big top to celebrate the 250th anniversary of the Qasr Al Hosn fort and, through it, the heritage and culture of the United Arab Emirates.

A visual poem directed by Franco Dragone, which played for two weeks telling the story of a region and its men, putting into image the poetry of the desert and its inhabitants who conquered and transformed it to enter the 21st century while keeping their traditions and culture.

A succession of paintings projected on a wide variety of fabrics, mobile and fixed screens, from the most classic to the most exotic. About 40 projectors and a lot of technology remained discreet and at the service of the poetic sweetness of the universes crossed.

"Story of a fort - legacy of a nation"

"STORY OF A FORT - LEGACY OF A NATION"

more about STORY OF A FORT
ON THE DRAGONE WEBSITE